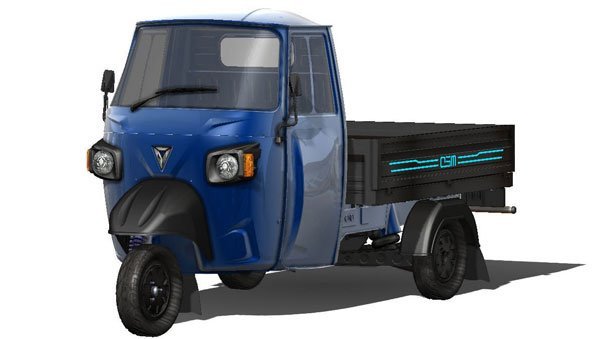 Omega Seiki Mobility (OSM), part of the Anglian Omega Group of companies and Youth Rural Entrepreneur Foundation (YREF) have announced that they have signed a memorandum of understanding (MoU) to set out the framework under which OSM and YREF will set up a completely electric vehicle manufacturing facility in Ghazipur, Uttar Pradesh. The OEM will invest Rs 100 crore in the state and will be creating 10,000 jobs in the next two years in Ghazipur.

"We are thrilled to partner with Youth Rural Entrepreneur Foundation (YREF). We believe that electrification of the transport sector is the first step to solve the problems of air pollution which has been plaguing our cities. That's not all, we at OSM believe that the EVs will also play a major role in targeting one of the biggest problems India is facing now – unemployment," Uday Narang, founder, Omega Seiki Mobility, said.

The Youth Rural Entrepreneur Foundation works closely with the central and state governments to create self-employment opportunities for rural youth in the country. The foundation has been working with several government and non-government agencies in its mission to generate enough entrepreneurial opportunities to enable rural youth in their regions. This aims to eliminate the need for the youth to migrate to cities for employment, he said.

Deb Mukherji, MD, Omega Seiki Mobility, said, "There are almost 6.5 lakh villages in India of which more than a lakh are in Uttar Pradesh. With this programme we want to be a part of the central government's efforts to generate employment via the Skill India campaign. Ghazipur is a pilot project for OSM and what we are planning to do is manufacture electric vehicles here and customize them based on the customer's personal and business needs. We will be the first major automotive company to set up a facility in this region and will work closely with the government to put India first. Once the successful implementation of this programme is completed, we will first take the Ghazipur model to Ayodhya and Varanasi and then to the entire country."

"The OSM factory in Gazipur would focus on the growth market of Uttar Pradesh, Bihar, Bengal, and Madhya Pradesh. India has seven lakh villages, and we aim to target all seven lakh villages through our venture. We believe we will achieve great strides through the experience of Uday Narang and Deb Mukherjee in this space," he added.