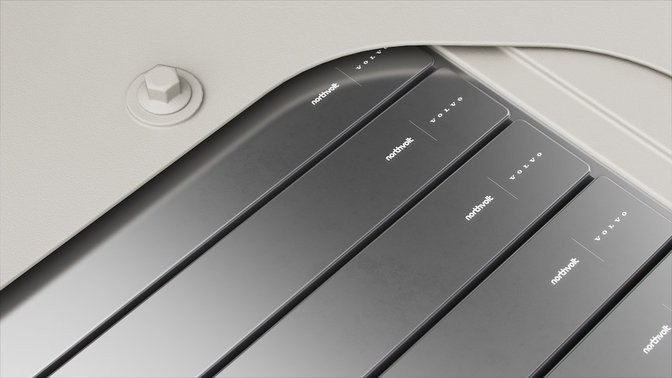 Volvo has announced that it has partnered with Swedish battery manufacturer Northvolt to set up a new gigafactory for Europe. The plant will begin manufacturing batteries in 2026, which will be used to power Volvo and Polestar's next-generation electric vehicles.

The first vehicle to use a battery pack from the new gigafactory will be the next-generation Volvo XC60. The brand's best-selling SUV is due to be replaced in 2024 and, like the XC40 P8 Recharge, will use pure-electric.

Volvo and Northvolt will break ground on their new facility next year and, once the plant is running at its full potential, they expect a production capacity of up to 50-gigawatt hours (GWh) per year. In theory, that's enough for around 600,000 vehicles.

The two companies have signed an agreement on equal financial footing, holding a 50 percent stake in the business each. It's the latest move in Volvo's eco-drive, as the brand pushes on towards its goal of becoming a pure-electric vehicle manufacturer by 2030.

In the meantime, Volvo aims for 50 percent of its sales to come from EVs by 2025, which will help the company achieve its other main goal of slashing carbon emissions across its fleet. The brand is also exploring means of cutting CO2 from its manufacturing processes, such as developing carbon-free steel for its vehicle bodies.

Volvo and Northvolt haven't decided on a location for their new gigafactory yet, but to cut back on transport-related CO2 emissions, the companies say it will be near Volvo's vehicle production lines. The battery plant will also create 3,000 jobs and will be powered by 100 percent clean energy.

The battery plant will support Volvo's sister brand Polestar realise its ambition to launch the first truly carbon-neutral car by 2030, too. Polestar says it will reach its goal by fundamentally reconsidering the way it builds cars, rather than merely offsetting carbon emissions by planting trees.