Setting up a Giga factory: What does it take?

Talking of Giga factories we cannot but mention the very first set up by Tesla in Nevada USA (Gigafactory1), which in turn has paved the way for many more to come. Huge growth projection anticipated in the energy storage industry, specifically with regards to the growing EV demand, has made battery cell manufacturers look at large-scale production ventures like Giga factories. Let's consider why we need them and what it takes to set up one. 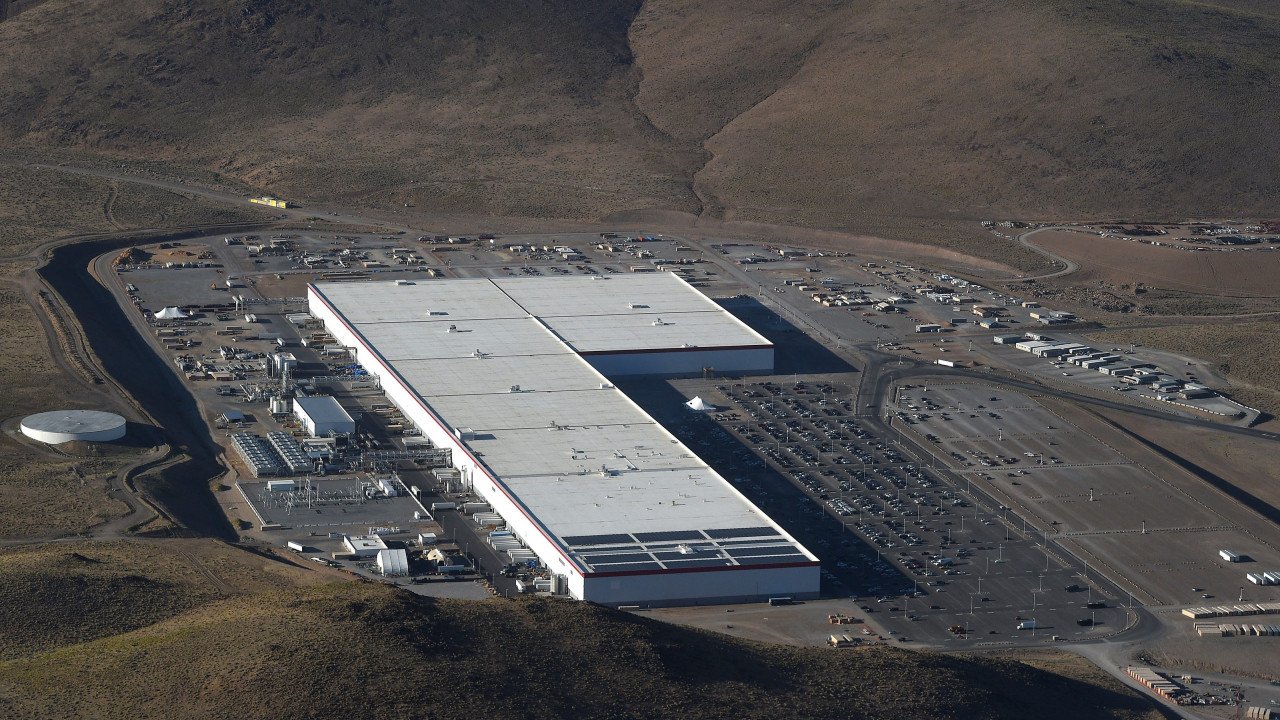 What actually is a Giga factory? It is a large-scale manufacturing facility to primarily make battery cells for use in electric vehicles. The term 'Giga' itself is indicative of a massive scale or number; in Greek, it means 'giant' and in English refers to a unit of one billion. In general usage terms, it is an amplifier word that when used with another word increases its value or measure beyond the standard – like gigabyte, gigahertz, gigawatt, gigaton, etc. So, using the term Giga with factory amplifies its scale from standard to massive.

Giga factories are massive plants that produce Li-ion batteries - the most popular technology platform for EVs. As per data from Benchmark Mineral Intelligence, the number of individual battery Giga factories, in the pipeline over the next 10 years, increased from 118 in 2019 to 181 in 2020. Out of the 181, 88 are currently active and the rest in different stages of construction.

The concept of a Giga factory was first envisioned by Tesla, to primarily make battery cells for their own EVs. But Elon Musk's vision was for the whole world to take on the project and make many more such mega-sized plants to fulfill the growing capacity needs of battery cells for the fast-growing electric vehicle and energy storage markets globally. Research shows that in 2010, the world production of Li-ion batteries was around 30GWh; in 2019 the market grew more than six times to 187GWh. According to Musk, the world needs at least 100 Giga factories to fulfill the growing need for energy storage, and Tesla will not be able to set up that many. Bigger companies need to come together and think of investing in Giga factories.

Why do we need Giga factories?

With accelerating growth in the EV market, an aggressive rise in demand for Li-ion batteries is anticipated. In preparation for this imminent demand, cell manufacturers are swiftly planning to scale up their manufacturing capability, spanning over the next 5 to 15 years. As the size of the manufacturing plants gets bigger, production capacity increases, cost of battery cells and packs will also decline, giving further impetus to EV sales by driving down costs for EV manufacturers.

According to an article in the Oxford Institute for Energy Studies journal, 'Technological improvements, falling costs, and increasing prevalence are driving the creation of a global lithium-ion economy. Li-ion batteries are the enabling technology for the 21st-century automotive industry and will be a disruptive technology for the energy and utility sectors—the first widespread energy storage to couple with increasing production of wind and solar power. Those that control these supply chains will control the balance of industrial power for the remainder of this technological cycle, which could last well into the 22nd century.'

Governments around the world are beginning to fathom this and are making policy changes to meet the accelerating global demand and take advantage of the Li-ion economic changes. The majority of the countries are making a shift to green and sustainable sources of energy, and storage is key to this energy transition, both on the grid and in transportation.

Planning a Giga factory set up

Setting up a Giga factory requires an investment of anywhere between $2 billion to $5billion, depending upon the site or country where it is to be located. Selecting a site is a crucial step in setting up a mega plant. There are many factors to be considered:

Apart from the obvious space requirement, Li-ion battery production in Giga factories is also dependent on the complex supply chain of the essential raw materials. Some of the key factors in setting up a Giga plant include workforce, machinery, and raw material.

Battery manufacturing is a complex industry that requires technical, legal as well as business knowledge. The setting upstarts with a business plan, that includes the requisite licenses and permits required to operate a battery plant. The legal and technical requirements depend on the Country/State where the factory will be based. Other things to consider are manufacturing process requirements like raw material, machinery, vacuum/ dry rooms, etc. 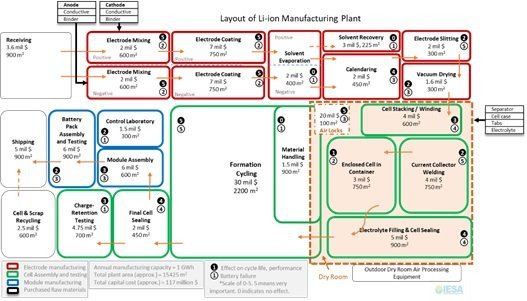 It is important to build a network of vendors for the supplies and equipment that will be needed. For the requirement of importing certain crucial elements and chemicals, the additional cost of duties and transportation should be factored in.

In addition to these, there are manpower requirements that include hiring qualified people with skills specific to cell manufacturing. The facility should comply with OSHA guidelines and other regulations, with the insurance paperwork in place.

One of the main concerns among industry players is whether new emerging chemistries in this space will cause existing manufacturing facilities to become redundant. According to a report jointly prepared by CES and WRI, this is not much of a concern for two main reasons. Firstly, it takes at least 8-10 years for results shown in lab prototypes to translate to commercial prototypes, in the best case, and then it takes another 3-5 years at least to increase the scale of manufacturing to reach reasonable costs. Secondly, the manufacturing process of Li-ion cells is largely invariant across chemistries. This means that the evolving landscape of new materials does not necessarily pose any threat of obsolescence to the existing cell manufacturing facilities, as the facilities can be tweaked to adapt to new chemistries.

The report states that the intermittent chemistries between Li-ion and solid-state are developed to use the existing manufacturing lines with minimal tweaks. Hence, the transactional stage between two technologies will be smooth for the battery industry as a whole

The Giga factory projects are fast becoming a reality all over the world, following the wake of the Tesla Gigafactories. According to BloombergNEF, by 2025, an increase of more than 300 percent in installed capacity worldwide is expected to reach ~1,769 GWh. China will continue to lead the market (with a share of ~63 percent), Europe will be second with a share of ~15 percent (representing a capacity of ~265 GWh), with the USA being third with a total share moving to ~9 percent, with an estimated capacity of almost 159 GWh. 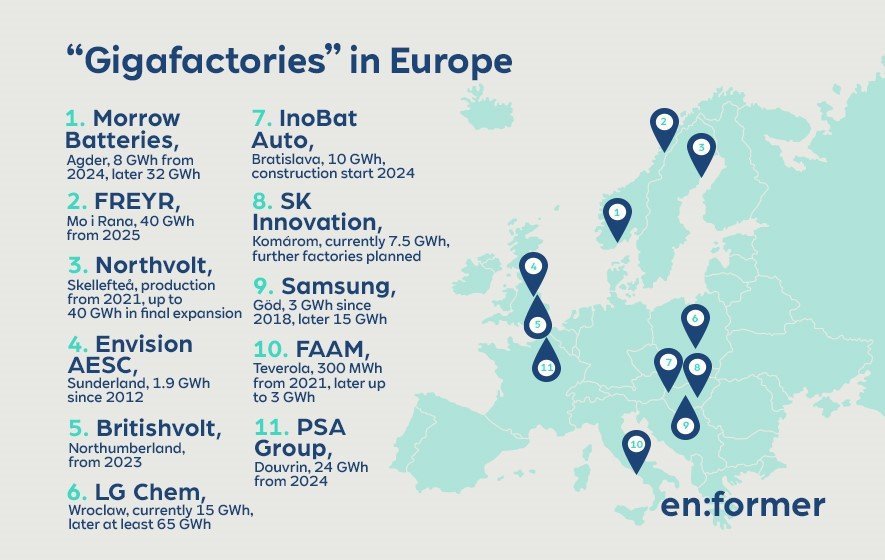 Research reports have shown that over 70 percent of Li-ion cell production is found in Asia (China, Japan, South Korea). China being the clear leader, major investments here are by BYD, LG Chem, Panasonic, CATL, Boston Power, and others. E-mobility is driving the growth for Li-ion batteries the world over; while most of these companies are also OEMs that produce for the requirement in their own EVs, cell makers such as LG Chem and Panasonic produce for the automotive market. 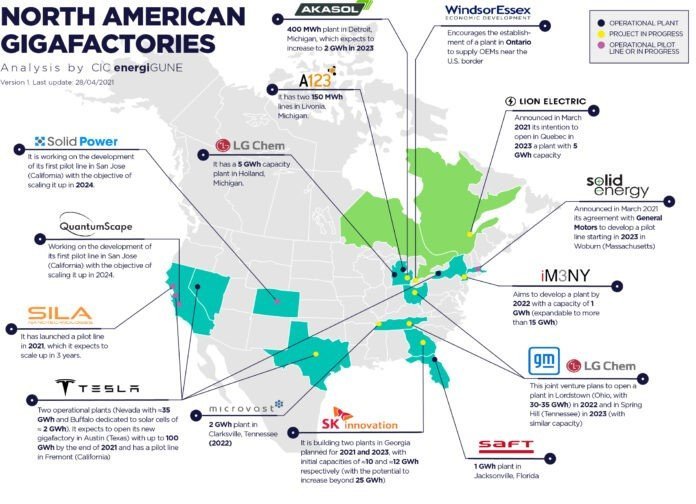 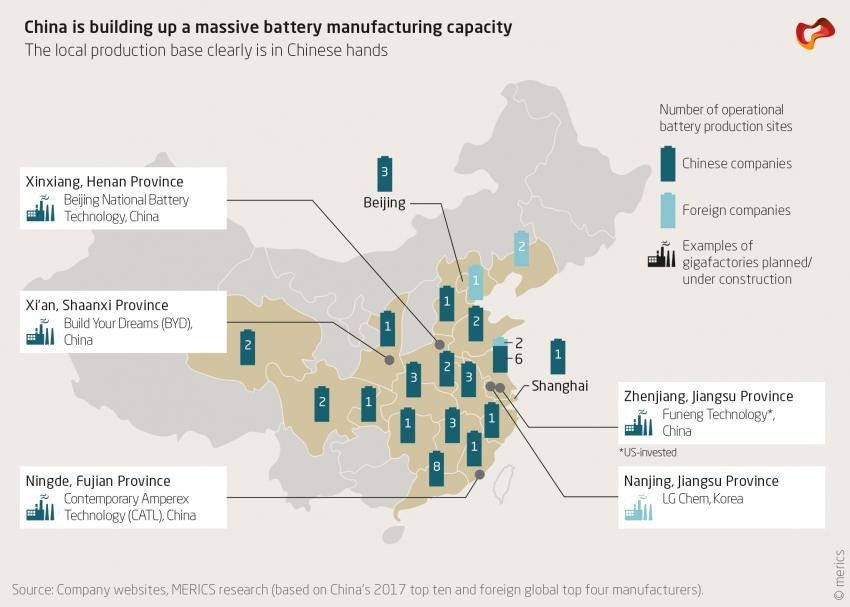 The Indian automobile industry accounts for nearly 7.1 percent of the national GDP. However, India has set itself an ambitious target of having only EVs on the road by 2030. This is expected to bring about a significant increase in the demand for Li-ion batteries in India, and the battery market is expected to grow at a robust CAGR of 29.26 percent during the forecast period of 2018-2023

Reports suggest that domestically, India's projected need is of six gigawatt-scale plants of 10 GWh each by 2025 and 12 by 2030. Presently, India is planning to build at least four Giga factories for cell manufacturing, with an investment of around $4 billion. Government policy think-tank Niti Aayog is pushing the development of the factories of 10 GWh.

Some of the major companies planning to set up cell manufacturing plants in India include Exicom Tele-Systems, Samsung SDI, Panasonic Corporation, Tata Chemicals, and Nexcharge Inc.

According to Rahul Walawalkar, President – India Storage Energy Alliance, the government has taken steps wherein duties on components imported from outside India will be increased in a phased manner, to enable those who are investing in India for manufacturing to get an idea of the market.

With the announcement of the ACC PLI Scheme by the government recently, it is expected that more companies will come forward to set up cell manufacturing plants in India, completing the cycle of self-reliance.

Mr. Walawalkar believes that private players need to show faith in the market and that there was a need for at least two or three large Indian conglomerates to take the initiative to match the government's vision, and get involved in a partnership with global leaders and take the necessary steps. A trend that is being witnessed globally.

arrow_forward Cathode - the energy source of a lithium-ion batte...
Thank You, for giving your feedback for this Ad
Uninteresting
Irrelevant
Misleading
Offensive
Repetitive
OTHER